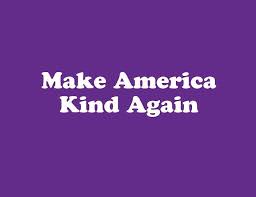 You probably know ‘one’. Maybe it’s the one black IT person at your office or the one mom in the hijab in your PTA. Maybe it’s the one Mexican family at your church or even the lone white woman in your Hip Hop aerobics class. You exchange niceties, make occasional pleasant small talk and then retreat to your separate lives. Ones seem integrated enough but for many, especially today, there’s an outsider feel to the one-ness.

If you watch the horribly gone wrong protests, or even the peaceful ones, and think that this is just about a bunch of sore losers, let me ask a favor of you. Step back and think about that one (insert minority here) in your circle. Could it be that being non-white under a presidency endorsed by the KKK makes one-ness suddenly feel not only unwelcome but even dangerous? David Duke, head of the KKK, tweeted,

“This is one of the most exciting nights of my life -> make no mistake about it, our people have played a HUGE role in electing Trump! #MAGA“

Of course every voter who supports Trump is not an extremist but world view is a funny thing. Having driven by a burning cross on a dark stretch of Oklahoma road just last month, that tweet, and many others like it, cast a shadow over this election outcome. So, if I’m your ‘one’, I’m asking something of you. Show me that you don’t hate me. Let me know that you don’t hate my child or people who look like us and not like you. Demonstrate for me that, regardless of the side of the aisle on which you stand, you decry mocking and hate. Tell me that, although violence and rioting are NOT the answer, you can at least begin to see what this loss feels like to people who are different from you. Help me not feel lonely.

While one is the loneliest number, I’m not the only lonely one. I talked to my friend, a superstar teacher pushing her students to incredible heights in a predominantly black school and her loneliness mirrored mine. She is the ‘one’ white teacher in her group of teaching friends, a group with which she has enjoyed working closely for some time. After the elections,  she suddenly found herself on the outside,  viewed with subtle but tangible distrust. Her skin color had now grouped her with people who, by their vote, seemed to say that hate is ok. As we shared our stories of disillusionment with being a ‘one’, we watched our children. They are growing up together, a part of a merry band of believers that reflects the tapestry of this country’s melting pot. My son enjoys playing big brother to her musical blue-eyed 4 year old and the baby brother who smiles whenever my son’s slightly mustached face comes into view. Her little ones don’t notice that the eyes with which my child views the world shine sepia-brown or that his skin is darker, his hair curlier than theirs. They don’t know that those things mean something to some grown-ups.  Sadly, my son already does. Still, as we watch our children, we take joy in the fact that we are not those grown-ups and we take solace in knowing that while changing our little corner of the world, we are helping to combat the kind of loneliness many have felt this week. We are teaching our children well.

We really are stronger together and only together can we have any chance of making America great again.